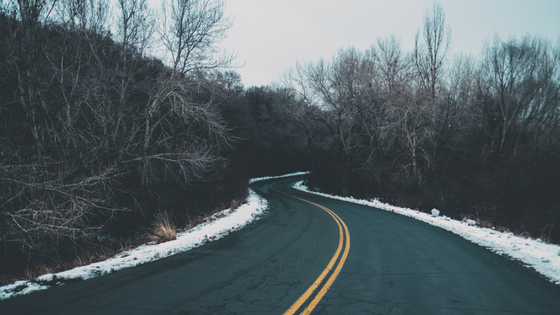 I was in a meeting yesterday in which someone made the statement that UPS drivers only turn right. This was completely new information to me. I have done a little exploration.

In a post by Alex Mayyasi, I discovered the following:

In 2004, UPS announced a new policy for its drivers: the right way to get to any destination was to avoid left-hand turns.

When better tracking systems emerged in 2001, the package delivery service took a closer look at how trucks performed when delivering packages. As a logistics company with some 96,000 trucks and several hundred aircraft, much of UPS's business can be distilled to a series of optimization problems around reducing the amount of fuel used, saving time, and using space more efficiently.

UPS engineers found that left-hand turns were a major drag on efficiency. Turning against traffic resulted in long waits in left-hand turn lanes that wasted time and fuel, and it also led to a disproportionate number of accidents. By mapping out routes that involved “a series of right turn loops” UPS improved profits and safety while touting their catchy, environmentally friendly policy. As of 2012, the right turn rule combined with other improvements -- for the wow factor, UPS doesn't separate them out – saved around 10 million gallons of gas and reduced emissions by the equivalent of taking 5,300 cars off the road for a year.

Describing the policy in a speech, the CEO of UPS told his audience "I can see a few of you smiling out there, and I know what you may be thinking. But it really works."

Since UPS uses software to map out routes, it can send drivers on right turn heavy routes while making exceptions when a left turn is easier and faster. As an amicable senior VP of the company said in an interview about the rule, "That's why I love the engineers, they just love to continue to figure out how to make it better."

Whether it is fuel, food, or a human life, there is more than likely a lot of waste. I am reminded of the a book I am reading by Richard E. Simmons III, a successful CEO of an insurance firm and author of several books. In A Life of Excellence, he talks of the necessity of knowing and acting upon a life path that will enable a person to live to the fullest. Most people drift through life without a clear sense of direction, drifting in the discontinuous flow of popular culture. Lives are being wasted because there is a lack of self-awareness and purpose.

Psalm 139 concludes with the Psalmist pleading, Search me O God, and know my heart! Try me and know my anxious thoughts! And see if there be any hurtful way in me, and lead me in the everlasting way (v.23-24).

The Psalmist was aware that good intentions will not get anyone where they want to go. People with good self-knowledge of their strengths, weaknesses, gifts, and shortcomings AND who have a direction for their life will find fulfillment. Jesus calls us to this life: a life of faith and an unrelenting thirst for the truth.