From China Back to Jerusalem 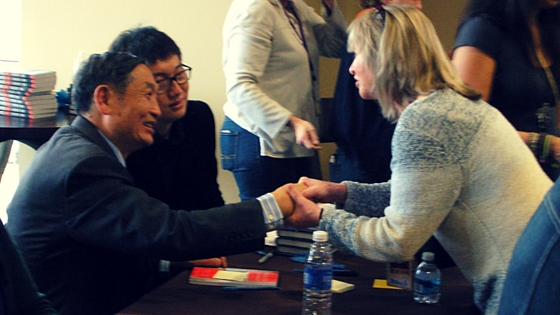 Recently at Asbury we heard from Peter Xu Yongze, who was one of the three founders of the House Church movement in China. Millions upon millions of Chinese have come to know the Lord Jesus through this move of God. Pastor Xu is now 78 years old and is living in Colorado. Before moving to the United States some 12 years ago, he had been in and out of prison a number of times in China. His trust in the Lord is awe-inspiring; he continues to work to unite Christians in China in an effort called Back to Jerusalem.

The Chinese church feels a call from God to preach the gospel and establish fellowships of believers in all the countries, cities, towns and ethnic groups between China and Jerusalem. This would encompass the large religious groups: Muslims, Buddhists and Hindus. This area of the world is known as the 10/40 window, because it is contained within 10 to 40 degrees latitude north.

In the book Back to Jerusalem, the three founders of the house church movement tell their stories. Near the end of the book, there is a section titled Answers to Key Questions. One of the questions is Do you have a timeline for when you expect the Back to Jerusalem movement to be operating at full speed?

I share with you a part of the answer provided on page 106 of the book:

The Lord has been training the Chinese house churches for the past fifty years through imprisonment, torture, suffering, and hardship. Thousands have been treated brutally in prison; thousands more have been sent out across the country as evangelists with nobody to rely on except God himself. They have seen numerous miracles and have come to a deep trust in Jesus that could not have been learned in any other way than through hardship and suffering. We do believe the Lord has put the Chinese church through these experiences to train us to complete this specific task of taking the gospel back to Jerusalem. We have become soldiers of steel, tempered in the furnace of affliction. We do not fear what people can do to us.

To say the least these words are both challenging and inspiring. Let us never forget that what we are about is a matter of life and death for millions of people.

Posted in On Mission, Thoughts From Alan | Permalink