The Miracle of Conversion 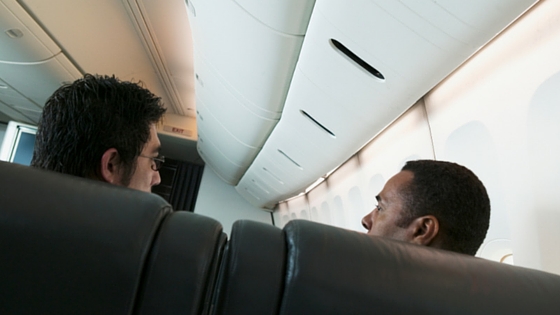 In a world that is growing more hostile and indifferent to Christianity, it is a huge encouragement to hear stories of what God is doing throughout the world. The Christian life is so much more than about my individual walk with Jesus. God is at work transforming the whole cosmos. My story is just a small part of the great ushering in of the Kingdom of God.  And the Lord is doing it in Nepal!

Recently I posted a blog about the Christian conversion of pop singer Justin Bieber. Interestingly, just the other day I read an article published by Christianity Today about Raju Pariyar, a popular folk singer who is known as “the Justin Bieber of Nepal.”

According to the article, while Raju was on a flight from Kathmandu, Nepal to Mumbai, India, he had a conversation with Bishnu Pariyar, a Christian pastor who runs a children’s ministry and orphanage in the Himalayan Mountains. Pastor Bishnu shared his faith with the famous singer, imagining what it would be like if this very popular musician became a Christian in a country where only 1.4 percent of the population identify themselves as Christians. The article recounts what followed:

In early July, about six weeks after the pastor and pop singer met, [Pastor Bishnu’s] prayers were answered. Raju, along with his wife and two children, made the decision to give their lives to Christ. They traveled to Bharatpur, about 150 kilometers west of Kathmandu, to make their public proclamation in Pastor Bishnu’s church.

“Jesus has changed me fully,” Raju said following his conversion. “I left the previous worldly activities, and I am renewed in the spirit and following Christ as my redeemer.”

As Raju pursues His new relationship with Christ, he now intends to now focus on performing worship music, and asks for prayer as he faces the challenges that he is sure to encounter in Nepal.To see more of the impact of his decision, you can read the entire article for yourself here.

In reality, a celebrity conversion is no more important to the Kingdom than the conversion of any person.  But, to “whom much is given, much is required.”  A celebrity has the opportunity to impact many lives because of their position in life.  However, there are also added challenges to being a faithful witness for Jesus.  When a person sees a celebrity, who at least from the world’s standards “has it all”, forsaking this to offer supreme allegiance to the One who tells us to “take up our cross” and “follow me,” there is surely an added power to the witness.

Thanks be to God for the redeeming grace of Christ!